Coaching and training to help all students in your classroom succeed

Hidden Sparks programs enhance teachers understanding of their students’ learning and behavior, and provides them with strategies to build student success. These are just a few examples of the weekly work in classrooms that touches the thousands of students impacted by Hidden Sparks every year.

* Neither the names nor the photos featured are of the actual children referenced. 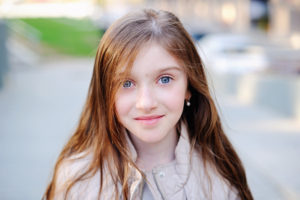 Hannah’s social skills were lagging behind those of her  6th grade classmates, and she was lonely and friendless. One day she jumped up on a chair and shouted “Mouse! Mouse!” in an attempt to seek attention, though this backfired and distanced her classmates further. Prompted by the Hidden Sparks coach, her teacher began to look for Hannah’s strengths and noticed her creativity. The teacher began to provide Hannah with a prominent role in class activities that would highlight her creative strengths. With positive attention and well-earned praise, Hannah’s self esteem was built up and she was more cheerful and hopeful as she developed new friendships. 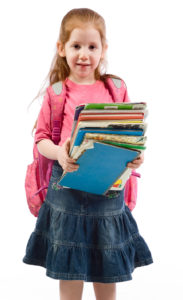 Esti’s 1st grade  teacher reported that Esti was becoming overwhelmed by her classwork and frustrated easily. The Hidden Sparks coach introduced the “Goldilocks Principle”  – the concept of “the Zone of Proximal Development” to the teacher. The Zone represents the tasks or expectations just beyond what a child can do independently or with some help, but without being overwhelmed. She showed the teacher how to scaffold the learning process and chunk material so that Esti could manage it. These strategies changed Esti’s school experience and she was able to complete classroom tasks with far less frustration, resulting in a strong year for Esti. 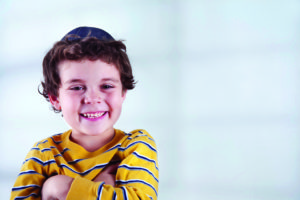 Reuvi, was a 2nd grade student who fidgeted continuously, touching everything within arm’s reach. This was a particular problem in the hallway when he walked to and from his classroom for recess or specialties- he would touch everything on the walls and bulletin boards, often pulling items down. The Hidden Sparks coach realized that Reuvi had very strong higher order cognition. She suggested that his teacher place a “mystery” object in his pocket. Reuvi’s task was to see if he could figure out what the object was before getting back to his classroom. This kept Reuvi’s hands in his pockets and his mind busy with a mystery, and instantly reduced his challenging behaviors. 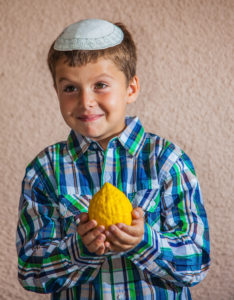 Shmuel, 7 years old, was having difficulty maintaining himself during class- his body was constantly in motion, and he was struggling academically. On top of this, Shmuel’s relationship with his teacher was progressively souring, as his teacher felt that he was not putting in enough effort, and Shmuel felt like he was always being reprimanded. The Hidden Sparks coach focused with the teacher on Shmuel’s strengths, resulting in the teacher giving Shmuel  more positive attention during class. They also discussed and introduced new strategies in class that would allow movement throughout lessons. During the year the teacher began to see results, as Shmuel became more motivated to achieve and his grades improved. 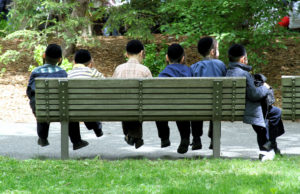 Benji was a kindergarten student who was excelling academically (reading at a 3rd grade level and strong math skills), but his teacher was reporting that he was involved in a lot of altercations and was too physical with other children. When the Hidden Sparks coach observed Benji at varied times throughout the day and debriefed with his teacher, the coach realized that Benji wasn’t struggling during lessons, but rather during unstructured times such as gym and lunch when it was challenging for him to maintain appropriate personal boundaries with classmates. With encouragement from the coach, Benji and his teachers generated strategies for gym, lunch and recess to help him stay in his own space. The strategies helped Benji stay engaged while maintaining boundaries, and his relationships with his peers became much more positive. 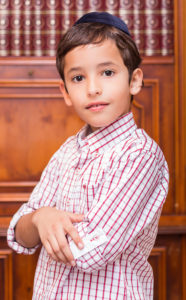 Moshe’s 4th grade teachers were frustrated by his interpersonal behavior- making inappropriate comments and not being mindful of personal boundaries. They tried to talk to both Moshe and his parents but there was no improvement in his behavior and they were at a loss as to what else to try. As a team, his teachers took a Collaborative Problem Solving approach and in talking with the teachers, the Hidden Sparks coach discovered that the underlying issue behind the behavior was that this was Moshe’s first year and he felt uncomfortable having to make new friends. With the advice of the coach, the teachers created a T-chart with behaviors that build friendships on one side and behaviors that turn friends off on the other, and have just begun to use the chart as a teaching tool with Moshe so that they could address and help him understand his behaviors in the moment.

Add Impact to Students in your School and Community!

To learn more about our programs contact us today!